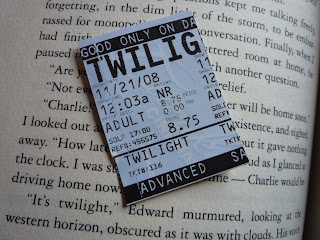 I loved reading the books and so easily enjoyed getting wrapped up in the delicious distraction of the movie hype for Twilight.


Twilight the movie had the perfect amount of schmaltz and coolness. It was cheddar on ice.
Thoughts on the movie:
Casting Cedric Diggory as Edward was hilarious at first,

ridiculously sexy in the end.

Oh, yea...and there is a really cute girl in it too.


Thanks to Mary for reminding me that I can close my eyes during creepy trailers.
Kat for the awesome title.
And Cassie for being as into this silly movie/book dealio as I am and helping me to not feel like the biggest dork in the theater and for reading the series so I can obsess with someone about it.
And Sara......thanks for being you!
Posted by Renee Cabatic at 10:20 AM

sorry, misspelling 'cuz i am watching a creepy movie at the same time!

I'm up for another movie! It doesn't even have to be Twilight. Are there any other chick flicks out there currently?