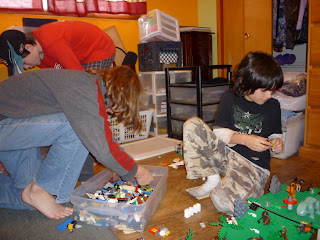 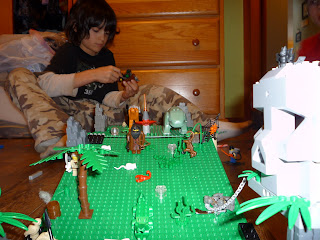 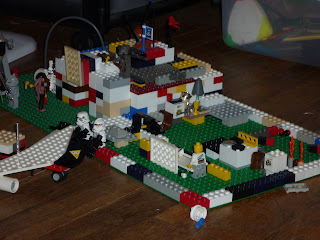 Then Uncle John drove us up Mt. Hood to a sledding spot called "Little John". Thanks for that since I don't have four wheel drive and haven't driven in the snow for 10 years.
The slope had been packed down hard and had moguls. Wicked, evil, icy, ass crunching moguls.
They didn't bother XuMei and Xander, probably because they are lite enough to not hit hard. But David walked up the hill grimacing and asked me, "Is it possible to bruise your butt?" 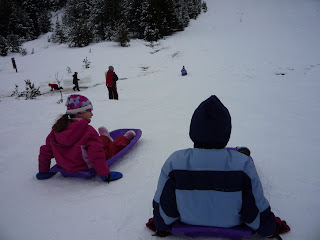 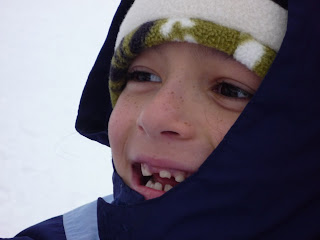 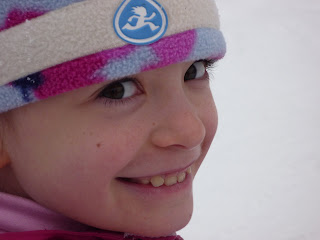 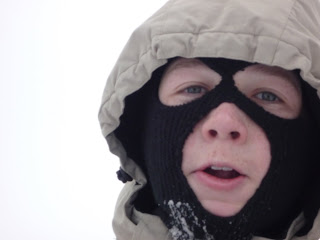 he makes a beautiful snow angel. 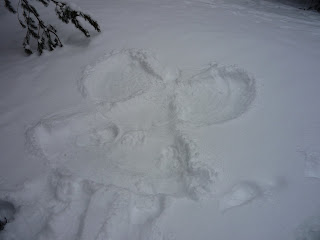 Traipsing through a winter wonderland. 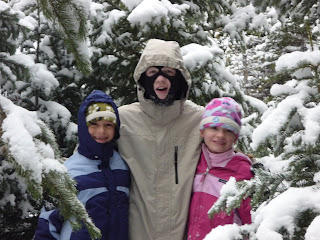 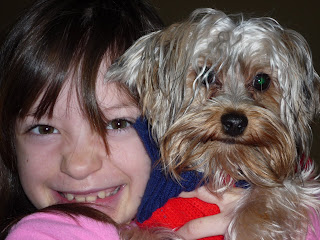 Posted by Renee Cabatic at 1:06 PM

wow this makes me wish I got out of the car and went! But David does look like a snow terrorist, and I laughed really hard when I read that. haha.