"Tillamook" : A Retrospective (another part) 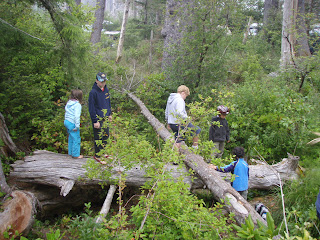 Many hours of each day I observed these creatures interacting in the areas between campsites. This one was a pirate ship at least part of the time. Important discussions took place here among the "natives". 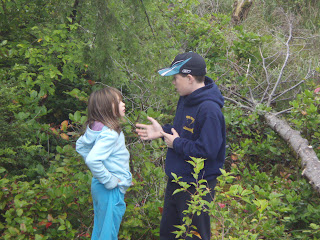 Information was passed from the larger to the smaller creatures as they deftly scrambled the length of the logs (er..I mean deck of the ship). 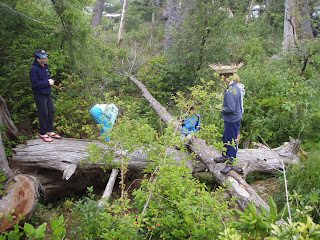 A strict hierarchy was enforced. Here I observed the individual in the hat called "Jesse" remind the younger turquoise dressed female to be careful on the logs (er...slippery deck). She took the advice to heart as she appeared to have a special fondness for the one they called "Jesse". 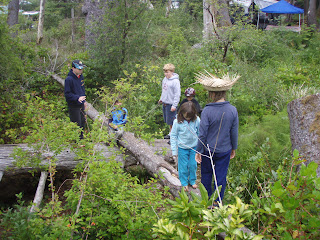 I was caught taking these pictures and immediately judged a traitor and a cast away. I was thrown piteously into the brig and left there to die until my body was thrown overboard to the sharks. 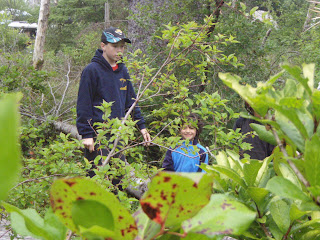 Notice the little one grinning at me as I take my farewell photo from my prison in the bushes, before being thrown into the depths.
Posted by Renee Cabatic at 12:28 AM

You are so funny!